A successful man is one who can lay a firm foundation with the bricks others have thrown at him.
-Jill Scott-

I left Denmark, but my project of becoming a butterfly did not
Stop....and I have come to realize that it will never stop! If I let them, and I try to let them!Every day is a new day and might bring a new color to decorate my wings... I feel so blessed! Am facing the world as an "adult" with all the right tools, friends and resources. I can do what ever I want, don't have a permanent job, but have a short time job for now, and it is exiting. Working within tv-production. Quite exiting! And I do learn a lot. About tv, humans, what we film and my self. And off cause about the concept of shooting and creating a show. Lots of hours is behind those 30min.

What I do appreciate the most is to see all the people we film, how they often turn troubles into joy, how they haven't had all the right tools but blossom when they are given them, and how they are slowly but surly transforming into really beautiful butterflies!!!!

I moved from a lonesome project to experience a joint project of becoming butterflies together!
Lagt inn av Maren AR kl. 09:36

1st day of the rest of my life!

I entered the plain with a stone in my stomach. How do you defend your masters? I enter the school and do not calm down. I try to prepare even more but my min is not there.......I wait, I enter room 455 and I present, talk and defend. I leave, get called back in, Karen is smiling, and once again I leave the room. This time with a happy, not nervous smile on my face. It was time for me to enjoy Copenhagen and its sunny weather for some hours....just like an adult. I'm now an adult!

It's real surrealistic that yesterday was my last day as a student, and this time, I end my studies without the intention to go back for an other degree. When I ended the last time it was with the intention to work for some time and gather inspiration for my masters.... And I have a masters! Wow... I hold a masters.. Am happy and proud :)

Today I woke up to the first day if the of my life! Our life... Yesterday we have been married for three years too. So today is the start of our fourth year of love too! And what a great day. Ive decided to grab all opportunities that cross my path, so I'm going to spend a couple of months producing a tv show! Fun fun fun, challenging and exiting. So, my first day confirmed that I do have a project employment from Monday and on! Happy.com

Now I'm waiting to see what the rest of my adult life will bring! 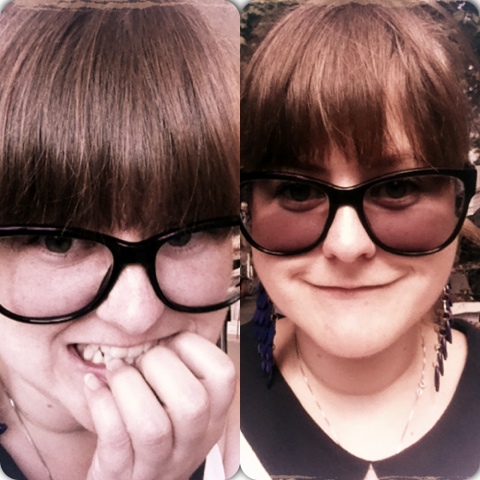 And there... My inspirational butterfly/kipepeo/sommerfugl is up on my wall. Let's see if it attracts a job :) 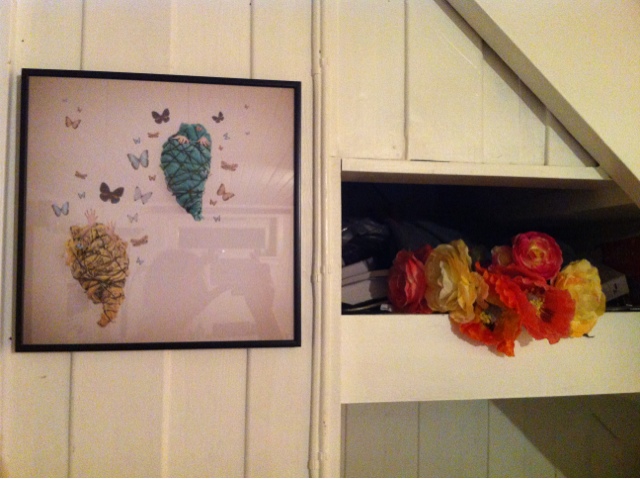 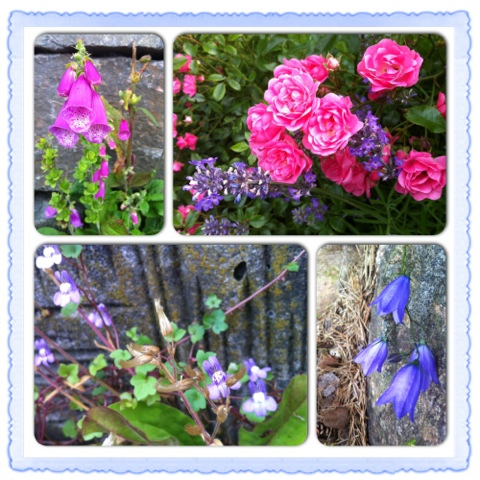 Blondie 1 to brunette; do you remember how old those guys were last night?
Brunette: 27!!!!
Blondie 1: how come we always meet those old people!
Blondie 2: hysj.... Maybe someone here is that old.. And it's not that old...
Brunette: well, it is compared to us....

Am sitting on the buss and five girls at 18-19 ( they mentioned their age too) are on their way back from a nice trip with the girls. It's not toooo long ago that I felt like 27 was really old...now its me! Time change! Now 27 is no age;)

Well, they sit here with their fancy phones, nice camera and laugh at the good and not so good shots from the weekend..One of the girls really bought poor food at 7/11 and the rest finds it hilarious... They are cute and it looks like they had a good vacation.

Times has changes since we were 18, but much remains. We bought food we thought was something else and laugh hard. We talked about the fun we had the weekend etc, BUT... I was 18 before the time of good cameras on the phone and when we still had film in our cameras.... So all the memorizing was done at least one week later when the pictures were done. And oh, how many fun, pleasant and unpleasant experiences that meant.

In five days I'm back in Oslo :) and my heart feels like the photo... Not completely whole... I've started to really like Copenhagen, and I guess I will miss my new friends here when in Oslo, just like I missed those in Norway while in Denmark.... So I'm joyfully leaving with mixed feelings. 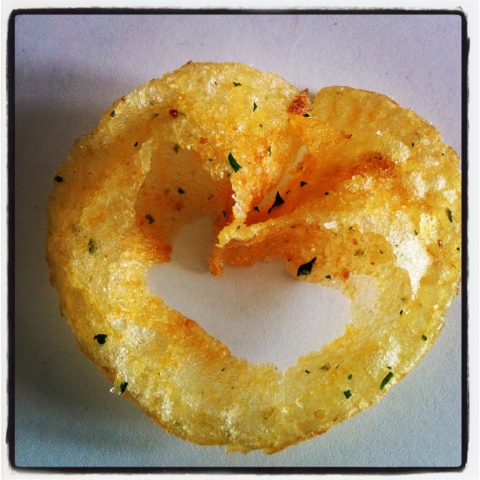